The building is sited away from the area of current excavations, as signal of respect to the archaeological activity. Then, It will be located practically hidden, behind the Santa Maria’s Cuccur. Taking into account the extent of the archaeological area which is expected to be excavated, it is suggested to act as an archaeologist: instead of proposing an emerging building, we think of a buried underground element, as if the passage of time had been hidden it until now. 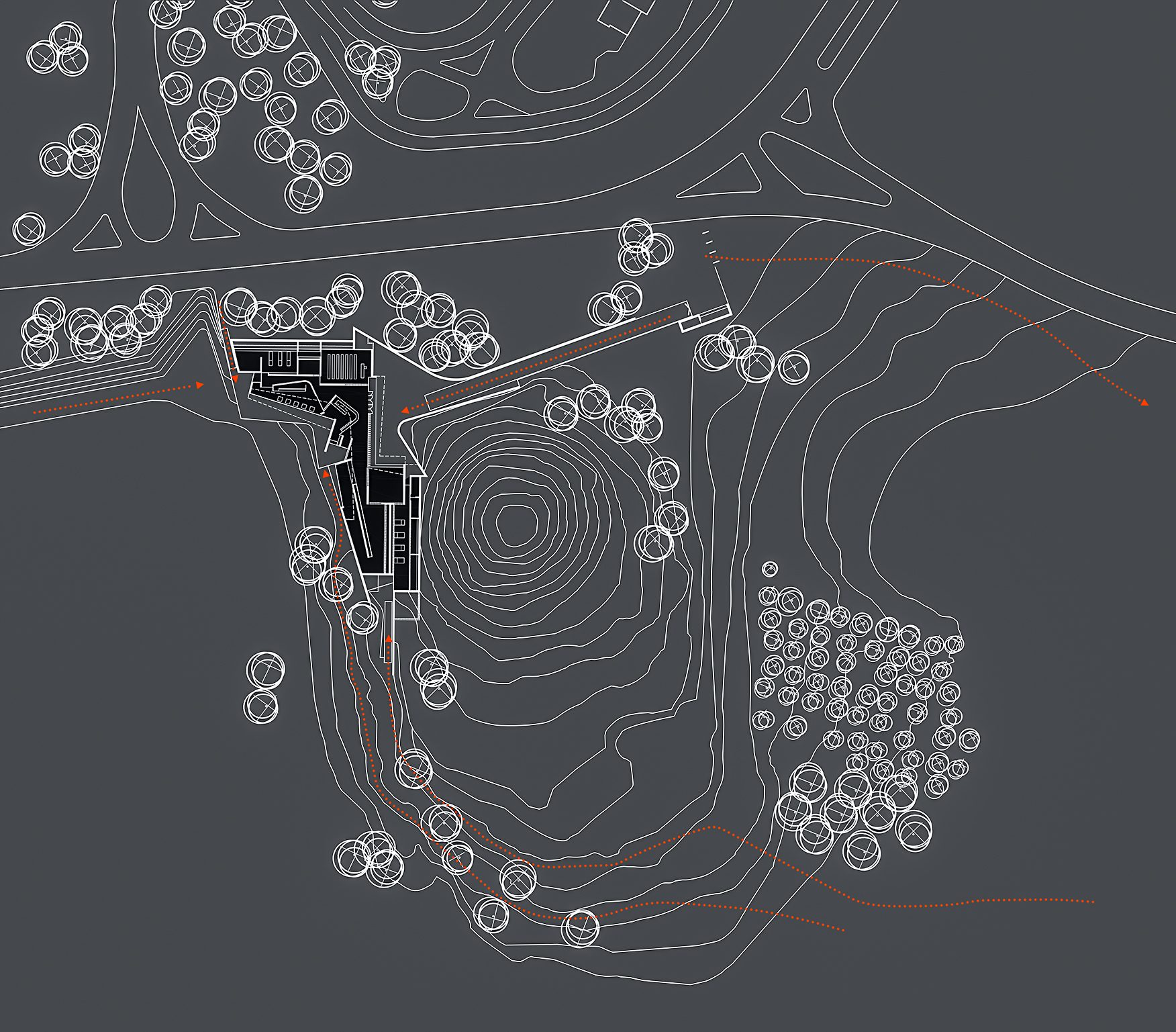 The building emerges as if it would arose from an earthquake, so that it settles on the side of the hill and its vegetation cover acts as a the  height lines of the terrain. Its location ensures some protection against the aggression from the  West Sun from  and the Sardinian prevailing winds (Mistral and Sirocco).This Museum and surroundings are consider as a link between the District of Santa Maria, Villaputzu and the excavations area. Finally  the plain next to the SS 125 road, will act as a parking and entrance to the Archaeological Park and Museum area.

This site is protected by wp-copyrightpro.com